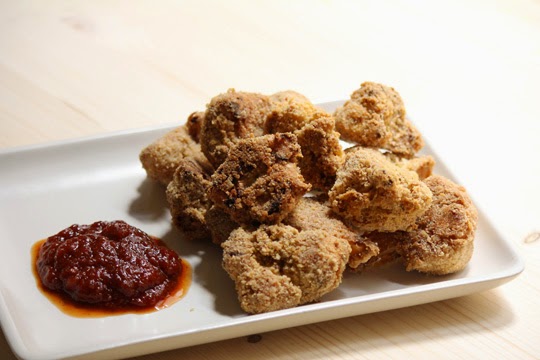 As a vegetarian there are certain things that you just become envious of, one of those things are chicken wings. There is something comforting about watching your friends dip into a bucket and eat. Whilst my vegetarian alternative does not have to be served in a bucket but if you feel like it you can. This recipe also turned out to be vegan, I never intentionally make vegan dishes as I have a long standing love affair with all things dairy but occasionally it happens, this is a good thing as my younger sister has recently defected from dairy and ventured down a vegan path and it is good to know that I can feed her.
I served my wings with the BBQ Sauce that I made in a previous post.

A correction has to be made. It was pointed out to me in the comment box that honey is not vegan. I hold my hands up and declare that I thought bees were insects not animals and yes I would make an utterly lousy vegan. I am sorry if I have offended anyone but think about what my poor vegan sister has to put up with, the endless questions alone, and cut me some slack. Thank you to Zola for pointing outmy mistake and giving me the opportunity to aplogise and correct. 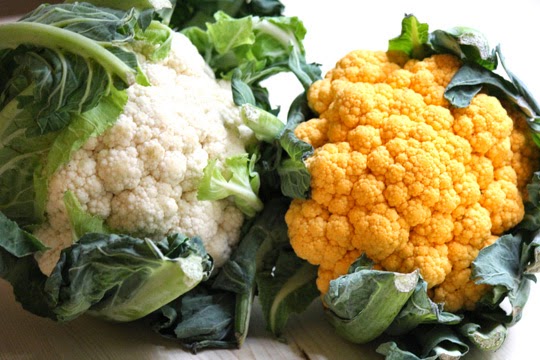 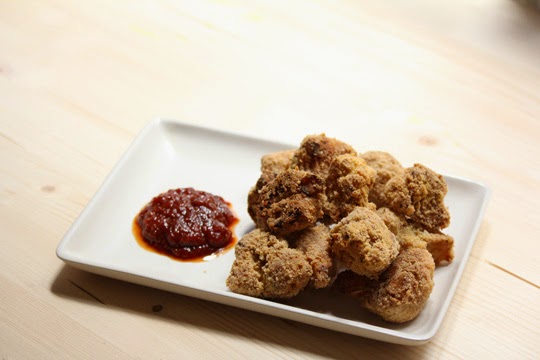