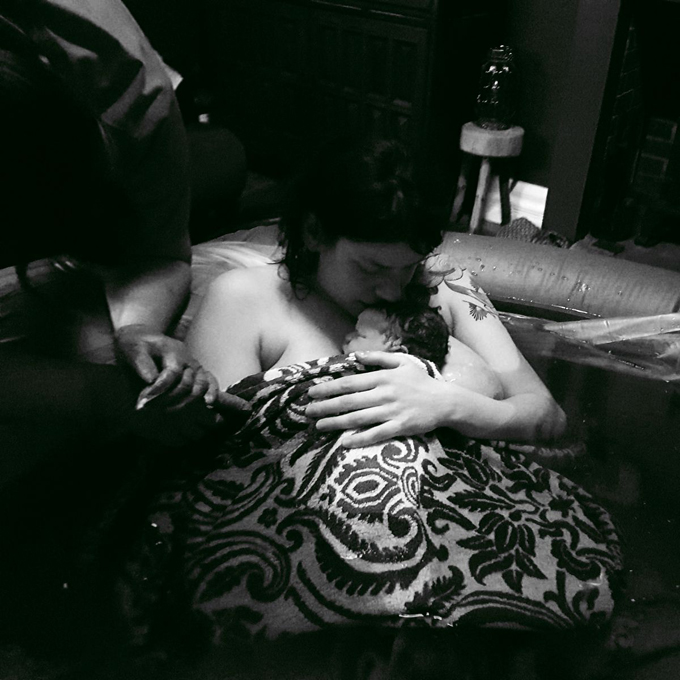 I have written extensively about my struggle to get a child so when Sebastian arrived I was the luckiest lady on earth, I finally had my baby after 9 miscarriages. Then when I fell pregnant again I was not holding my breath, why? Well every woman’s magazine has that story of how once your body has done it once it can do it again so when we lost that baby I suffered greatly and I wrote about my nervous breakdown here, to this date it is still my most viewed post which shows that there are so many of us out there who suffer similar experiences and we need to keep sharing and talking to one another.
When I became pregnant with Humphrey I was not calm. I was having continual scans in early pregnancy, I had a cyst that became quite painful and I could not allow myself to breath. It was not until I hit 32 weeks that I started to relax a little. All of this is my pregnancy story and really this is a birth story and my birth was a very different tale. 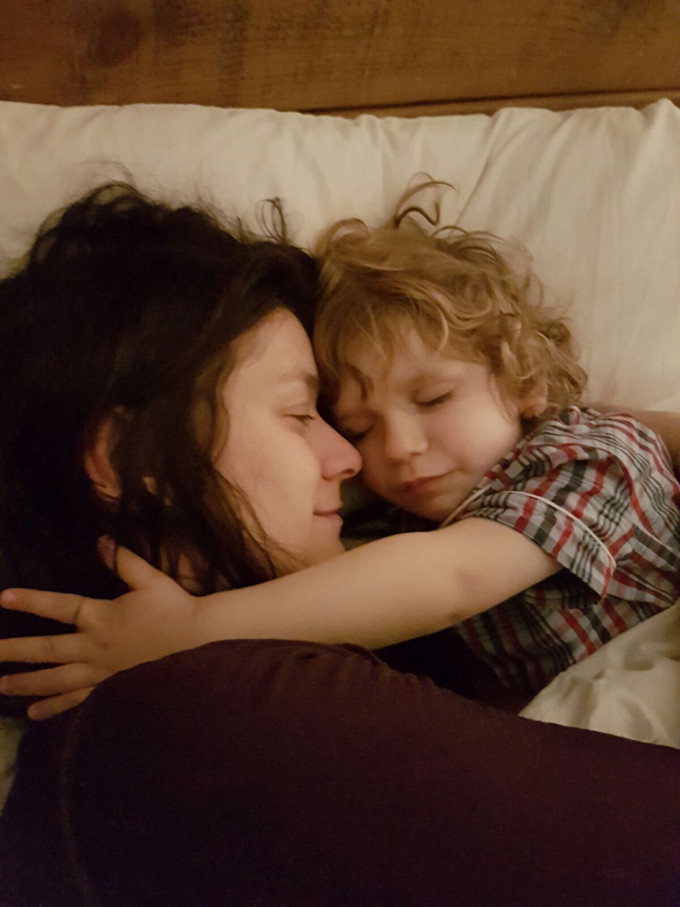 From very early on we decided that a home birth was what would suit us best as a family and my mental state. Sebastian and I prepared ourselves, we watched videos of ladies giving birth, this progressed to animals giving birth, (Sebastian became quite obsessed with the birth process). We made silly noises that he might hear from mummy, we talked about why blood comes out and it is not a bad thing and we spoke about the fact that mummy might poo in the pool, poo is comedy gold dust when you are 3! He even started to sit on one of his balls to help get his baby out. 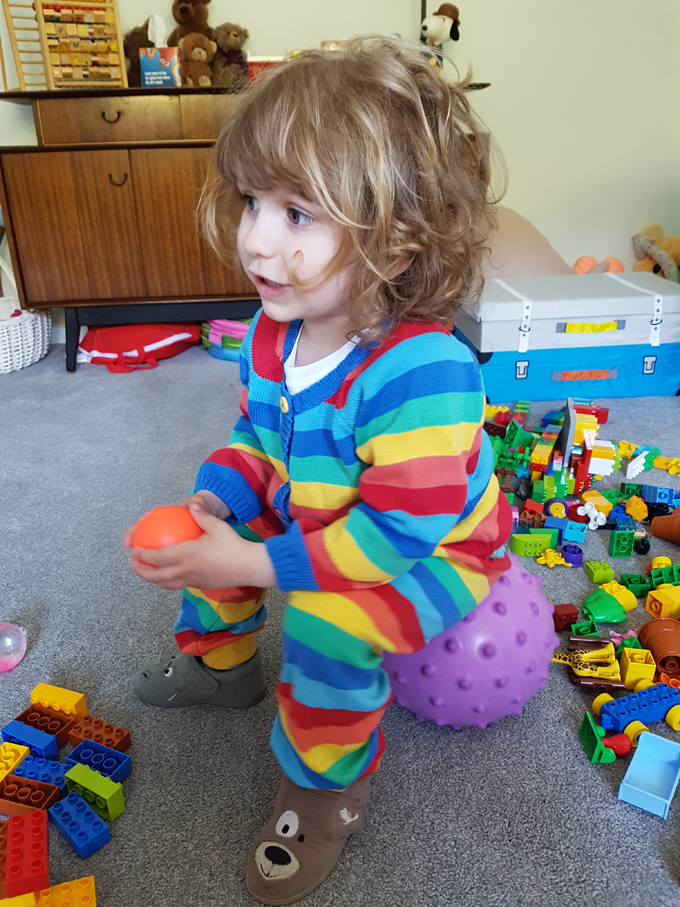 There I was 41 weeks and still this baby was not here. I had dug the garden, cleaned the house, eaten my body weight in pineapple but all I got was an hour or two of contractions and then stopping. I felt the need to push this along as I was exhausted and not sleeping more than an hour or two a night. So I visited my doula, who is also an acupuncturist for a natural induction, as she put it a strongly worded invitation to baby. The next day I saw my community midwife for a sweep and I had another session of acupuncture. At this point I went home and gave myself a mental tidy, I was ready. I showered, I fed myself my favourite array of carbs and popped some detective shows on whilst I relaxed in bed.
At 9pm I lost my ‘show’. At midnight on Thursday my waters broke and I was having contractions every 20 minutes. Nothing to painful but I was excited, I was so ready for labour. Everyone had filled my head with tales of second babies being a lot faster out of the gate than baby number one so I called the birth centre as a heads up so they sent the midwives round. After they arrived everything slowed down, they left and told me that obviously now my waters have broken I was at more risk of infection so I would be advised to transfer to hospital in 24 hours unless things had sped up. Try as you might to make yourself calm it never quite works, so I sent Joe back to bed, popped my hypno birth cd on and tried to get all the right hormones flowing again.
At 6.50am Friday I went for the biggest most disgusting poo of all time at the very same time my three year old woke up and my friend arrived who was about to spend the worlds longest playdate with my son, he is 38 but very good at blocks and silly voices. All of this activity angered my uterus and labour slowed down again. I was like a caged animal, I paced the house, I ate food, I listened to yet more hypnobirth until I felt the need to kill this poor woman on the cd; “if she tells me to relax once more I will kill her”, so I swapped to my spotify list and sat on the birth ball. We, (my uterus and I) were back in business. 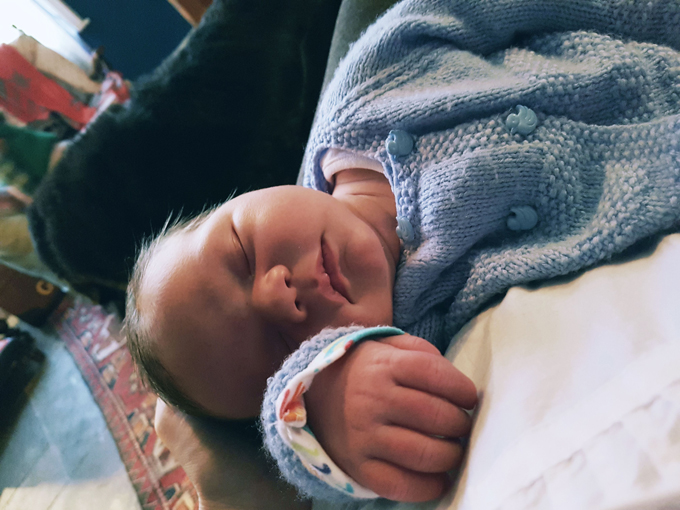 At this point I became nervous about upsetting the apple cart, I was nervous that if anyone else came over everything would stop again. At 2pm Friday my Doula, Helen arrived, at this point my uterus saw her as a friend so did not stage another protest. By this point contractions were in full swing, I was breathing through them whilst bent over my ball. I was still heavy snacking. It was so wonderful being at home and saying I fancy cheese on toast and a vimto and it would appear! Joe became a towel laundering maniac. Sebastian popped in and out to visit, it was bliss. Listening to music, seeing Sebastian and hearing him playing upstairs kept me focused on the fact that a new little guy was going to be in my life soon.
Everything was going so well so I did not want to slow matters by getting the midwives back too soon or indeed getting into the pool. Helen could see me calculating Friday traffic and contraction times and simply said, “stop left side braining, you have got this, go with your gut” – I kinda love this woman by the way. I did and the pool started to be filled, I got in at the exact right time, the midwives arrived exactly when needed. I started to feel a bit pushy, just bearing down but I knew the end game was in sight. Once in the pool I became a little petulant, I cried because I wanted a cup of tea, the midwives said I could have one which just resulted in more tears as I declared “not now on the sofa with my baby!” Only in Yorkshire eh! 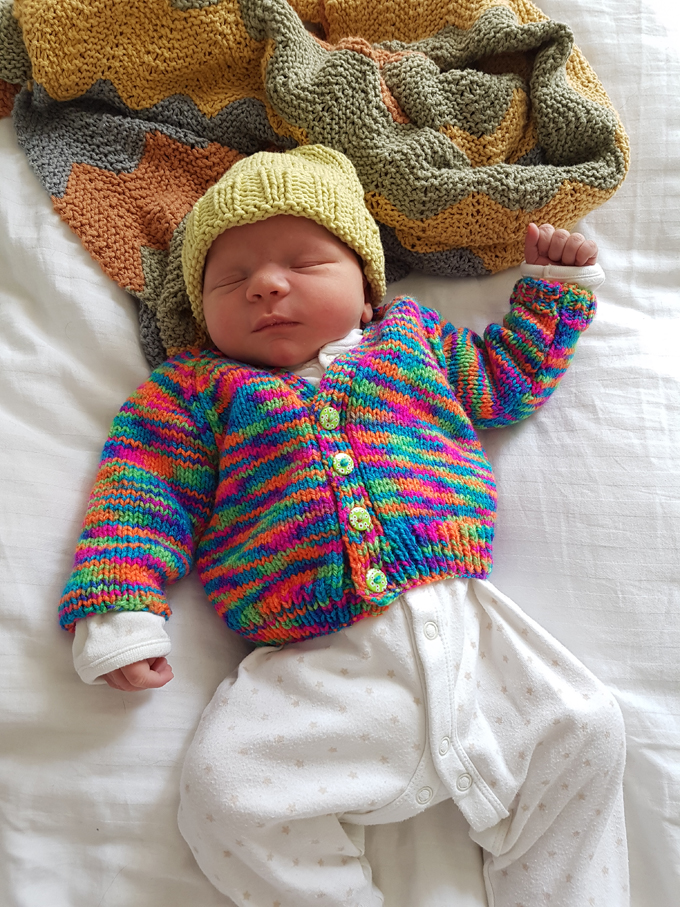 Now let me talk a little more about my doula. I have a friend who is a doula so I was aware of it as an occupation but I hand on heart wondered why would anyone need one? Are there not going to bee enough strangers watching you poop and seeing the demise of your lady bottom without inviting another one in? My community midwife team were amazeballs but there was a contrast between their care and the hospital, the team there were determined to medicalise my birth. I am normally quite fiesty but when I am pregnant I am a special kind of vulnerable and so a few people suggested I find myself a doula. As it happens I had met one on an unrelated acupuncture matter and she was also a doula. During the pregnancy it was really helpful for me to talk through the fears with someone who was only there for me and my benefit, no medical agenda. Helen supported me when Humphrey continued to turn and was a traverse lie and a c section was on the cards. This was all fab but I was still unsure as to how the actual birth would play out.
Helen arrived when things were in full swing again and I was happy to use the ball and breathe through the contractions, she actually said she had not seen anyone so excited to be in active labour before. It was important to me at that stage not to focus on the labour apart from during a contraction, she was great at engaging in my random conversations which helped me not obsess about the next one. As they suddenly became stronger she read the situation and advised I rest in between. You see as supportive as your partner may be these women have seen a lot of births so she instantly picked up on the transition where as Joe and I did not. 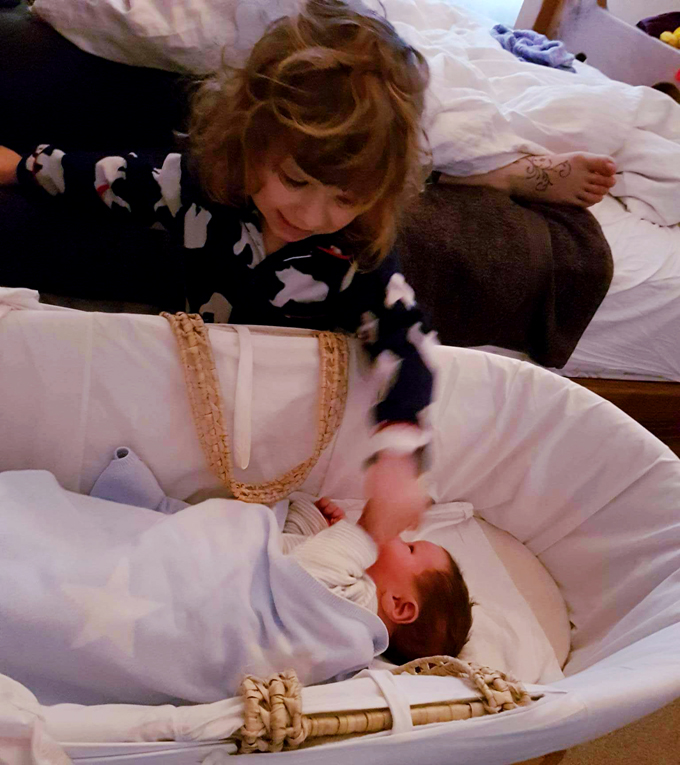 When in the pool the midwives arrived and there were two pivotal moments for me the first was the request for me to leave the pool for VE. At this point I could not articulate my wants and needs fully so all I could muster was “I don’t want to get out”, Helen was able to translate this to a rational conversation with the midwives asking if it was essential and processing that for me. The second moment was after I consented to an examination in the pool I bucked and screwed my face in pain and instantly Helen asked if that was a stop, all I had to do was nod. I am an utter control freak, my lists have lists, my water intake is monitored in a journal, I micromanage every and all situations so it was life changing for me to be able to let go, focus on pushing my baby out and know that I was still in charge. Helen read every signal, and instinctively knew when I needed encouragement, a drink and space and she co ordinated my wants and needs so I didn’t have to. She also, at my request took care of Joe, who does not take pain or blood lightly and has a tendency to worry, she was able to calm and reassure him when I was in no fit state to. I went from not really understanding a doula to thinking they should run the UN as we would have world peace.
Once I was pushing time went wonky and I was convinced I had been at it for hours and was going to be transferred, (this was not the case). I was so glad I was left to find my own positions in the pool and I could feel the hair on my babies head – he was half a finger away from being in the world, being able to do this was such a motivator. Once his head was out I had a struggle with the shoulders a few pushes in that position was not working, I picked an odd lunge position, (or so I am told), and he was earth side my beautiful perfect little guy. 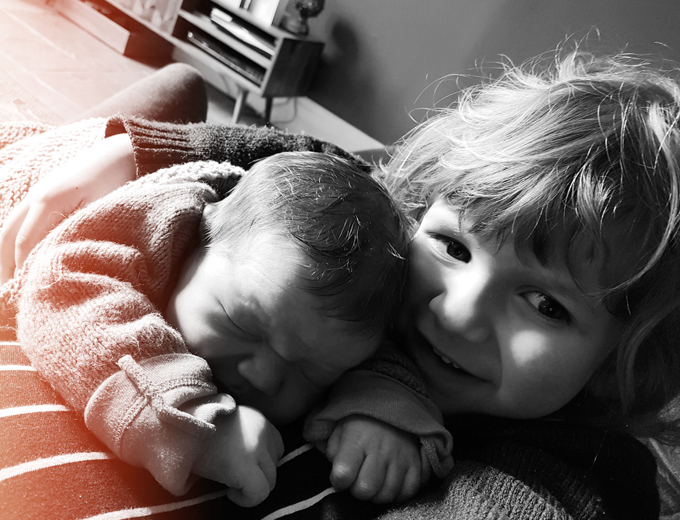 After some placenta pushing, and getting out of the pool I was snuggled on the sofa with my baby, at home with a cup of tea – bliss. After the birth, in fact for weeks after the birth I felt like I was a mighty warrior, I felt as though I wanted to shout “I AM XENA WARRIOR PRINCESS HEAR ME ROAR” or “MY VAGINA COULD TOTALLY TAKE YOU IN A FIGHT”. The long and the short of it was I was pretty pleased with myself and worry that it is possible to become addicted to birth. Seriously I have had some heady club days but the stuff your body pumps into you is off the ziltch natural high all the way. Two hours later I was reading Star Wars – no rest for the wicked. 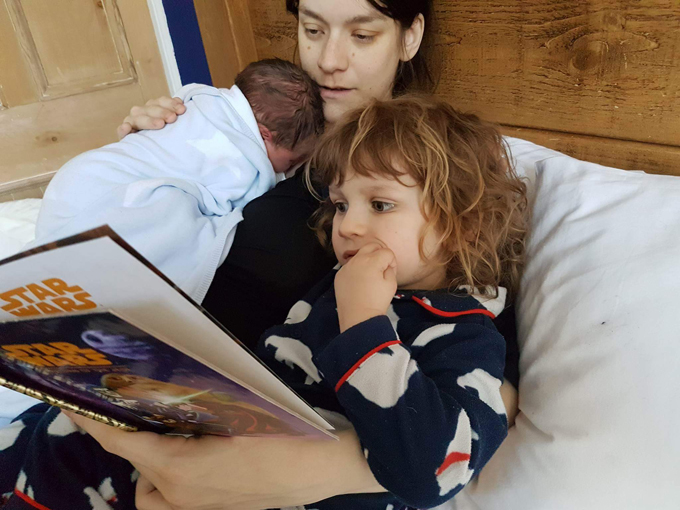