Okay so I am not even sure at this point if this “I am a jelly doghnut” gaff of president Kennedy’s is an urban legand or not, if anyone has a definative answer on this let me know. All I know is it seemed like a jolly good name for a blog post, especially when the post is further adventures of mine and Joes in Berlin.
Perhaps it is the fact that our wedding is but 5 days away, (I have been counting down from 114), but myself and Joe have turned into Mr and Mrs soppy. Lots of hug, loving looks, whispered I love yous, so and so forth. I have also begun to look back on times we have spent together very fondly indeed. Although we spent such a short time in Berlin we spent it all together. Here are some of our highlights.
We stayed in former East Berlin in a super fantastic hotel called Michelburger. It is in a beautiful old building renovated and converted by a group of friends and filled with quirky design, and fun personal features. Such as The Big Lebowski film playing in the corridors 24/7 and old polaroid snaps of family member in the rooms. 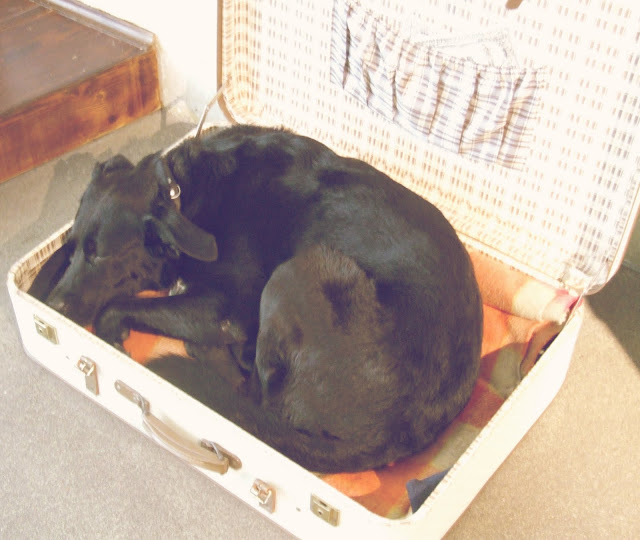 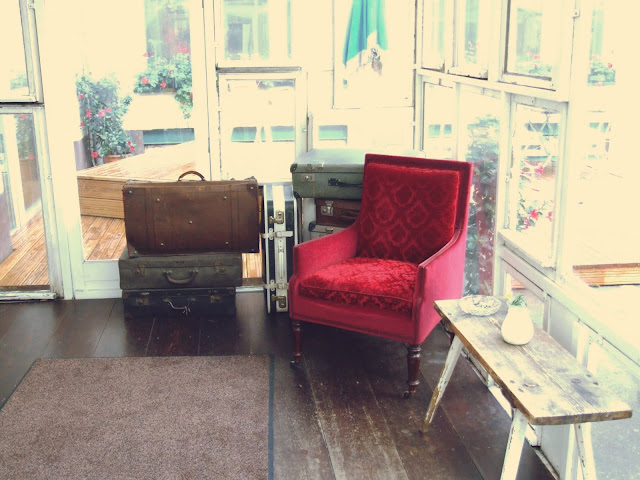 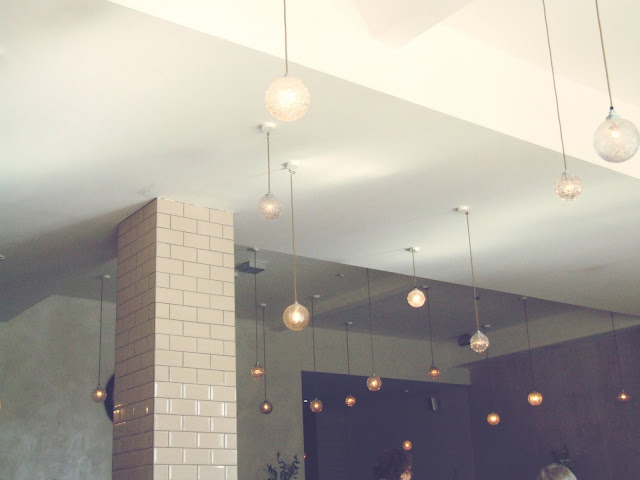 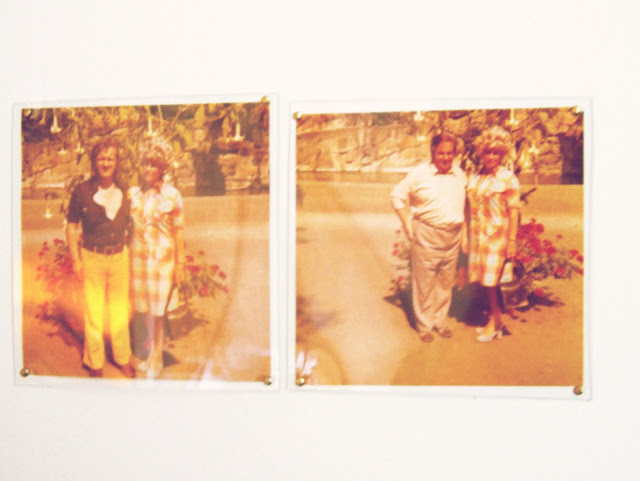 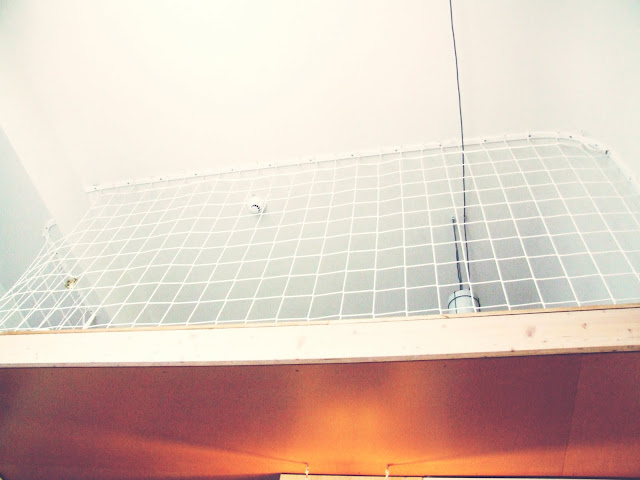 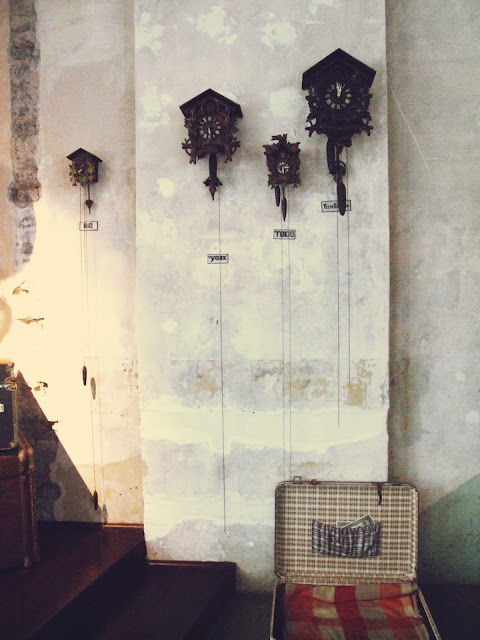 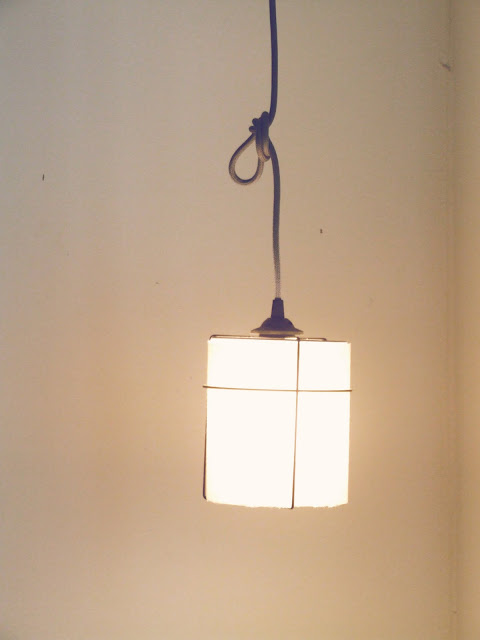 I arranged with the hotel for them to leave some brownies and champagne in the room with a note saying, “I can’t wait to be your wife”. What they left was far beyond a simple plate of brownies. 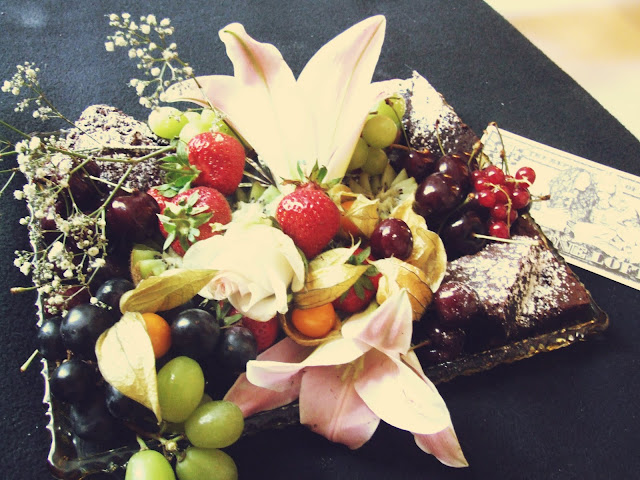 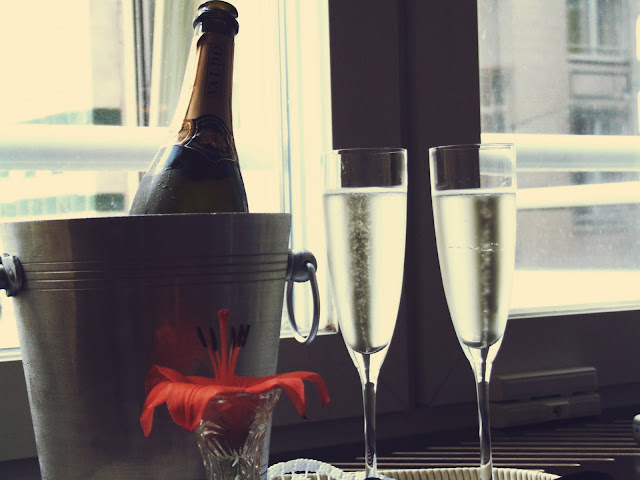 We saw landmarks, ate burgers from a burger joint that was in an old re-purosed loo, went to the Helmut Newton museum, found a thrift store that sold by the kilo and last but not least partied all day and night at the Christopher day parade. The Christopher Street Day is held in memory of the first big uprising of lesbian, gay, bisexual & transexual people against police assaults that took place in New York‘s Christopher Street in the district of Greenwich Village on June 28, 1969. New York has celebrated the Christopher Street Liberation Day on the last Saturday of each June since 1970, on the first anniversary of the Stonewall riots. It has become an international tradition to hold a demonstration for the rights of LGBT people in the summer.
It was such an amazing celebration with a very real message which was really brought home for me when a group in the parade from Iran walked by with placqards showing the way that homosexual people are treated in their country. The day showing how far we have come and how far we still have to go. 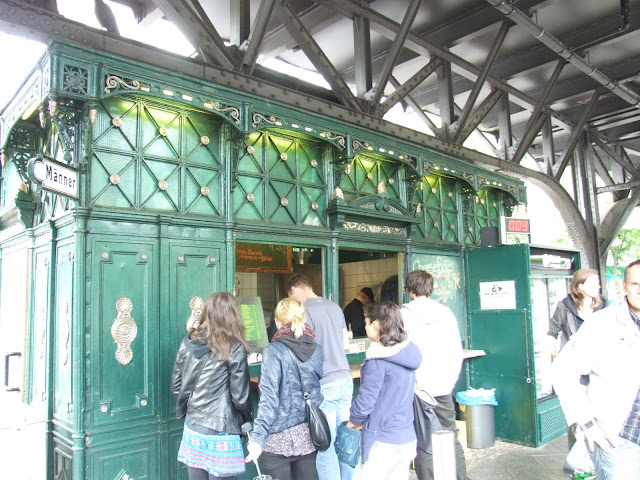 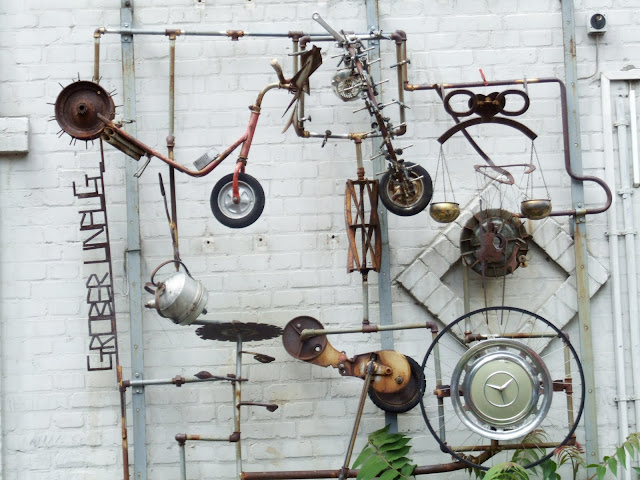 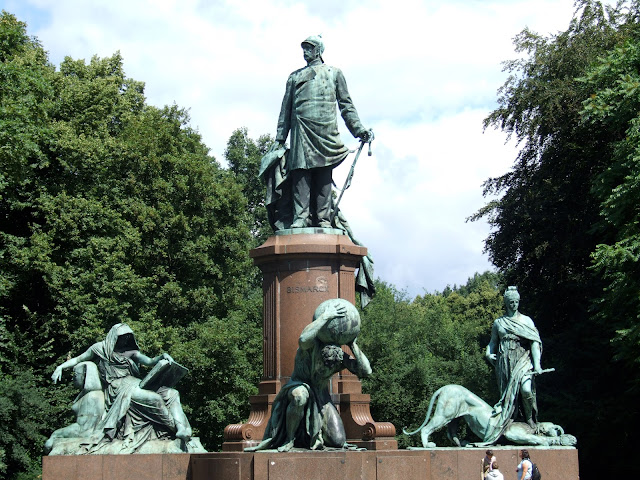 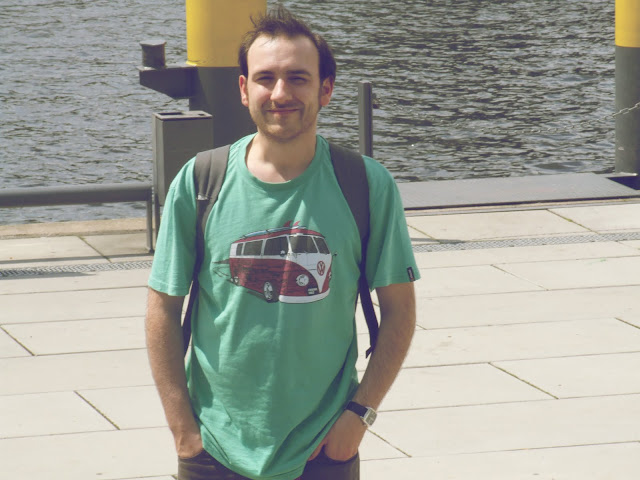 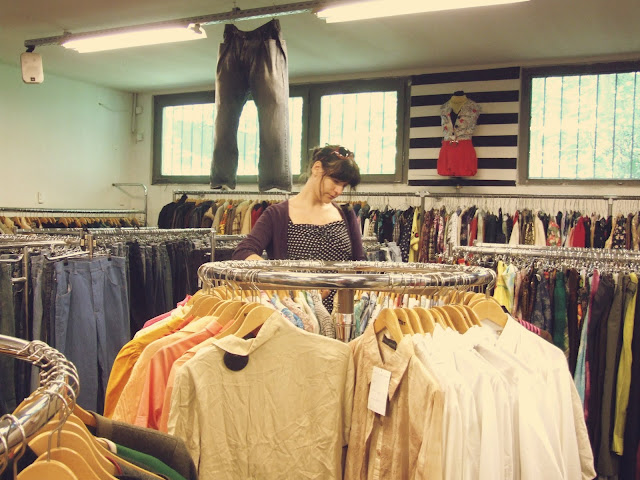 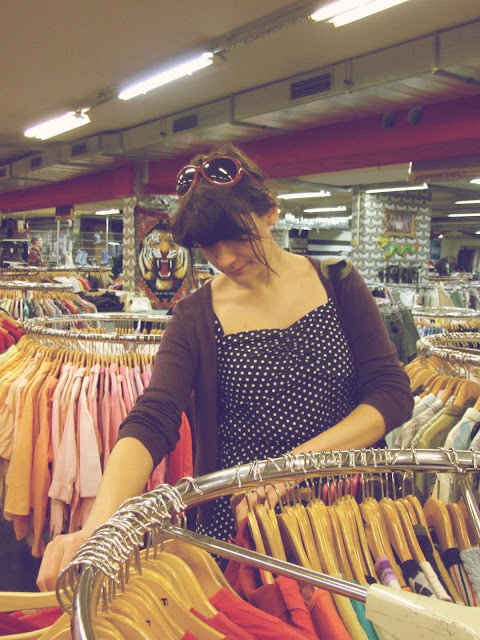 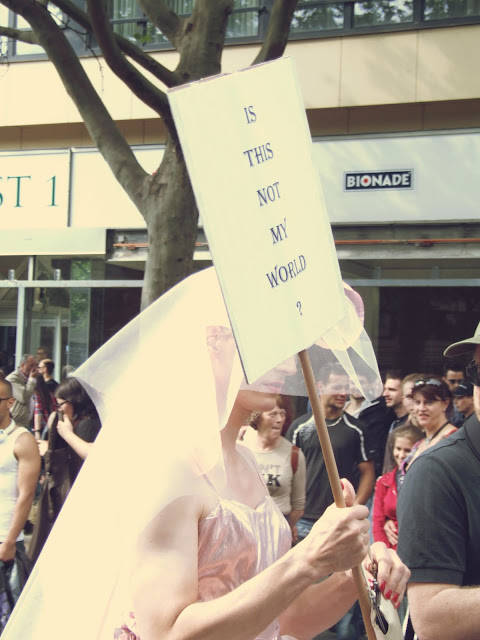 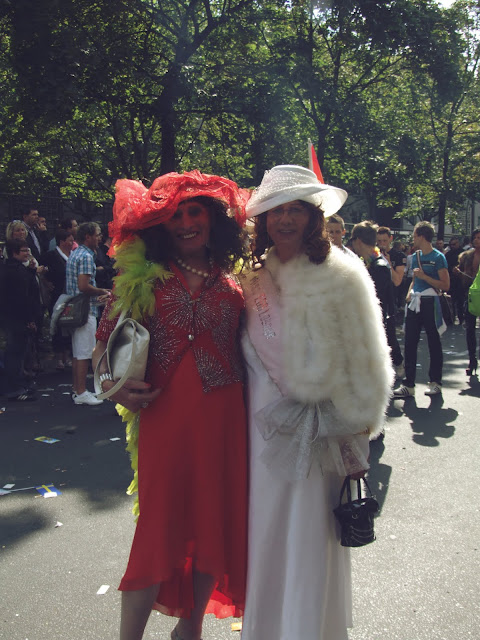 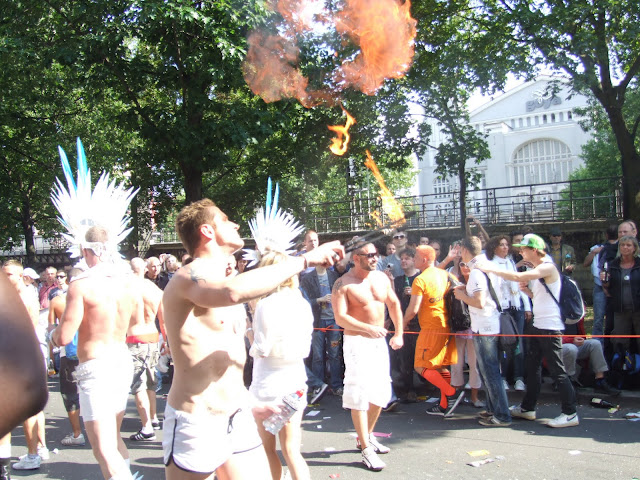 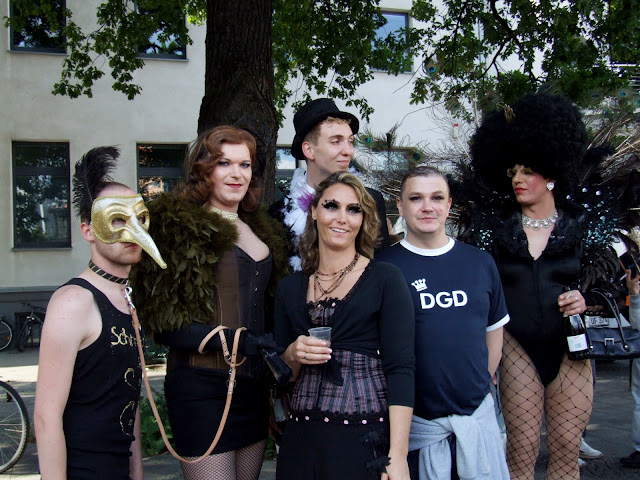 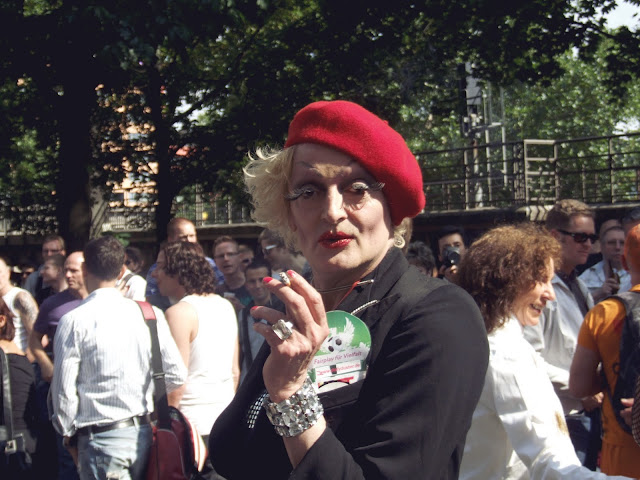 Be My Guest – LA from Freckled Nest