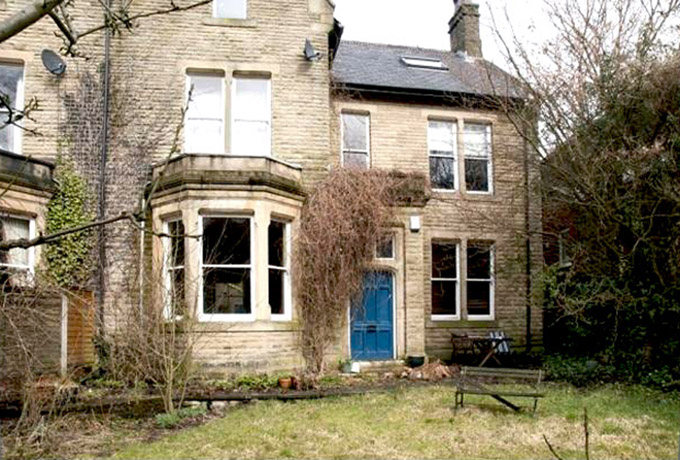 I felt as I have been littering this blog with progress reports, DIYs and inspiration for this house I thought I would take a little time to talk you through the journey we took in buying it as it was far from conventional. So first a little back story. As regular readers will know I have been married before and renovated a couple of houses in that marriage, then Joe and I bought our first home. Joe and I lived in a small 2 up one down house in the arty market town of Hebden Bridge. It was a strange time as most of our time in that house we were not living together so the renovation was really all about finishing it and it never felt like a home. As the credit crunch hit we wanted to sell, we knew it was a risk as the economy was not great but we popped it on the market to see. After many many Sunday shoppers we decided now was not the time and we did not want to have it sitting on the market for ages as that never looks good. The only photos I have of the place are these ones the estate agent took, what I naughty blogger I was back then, shame, shame! 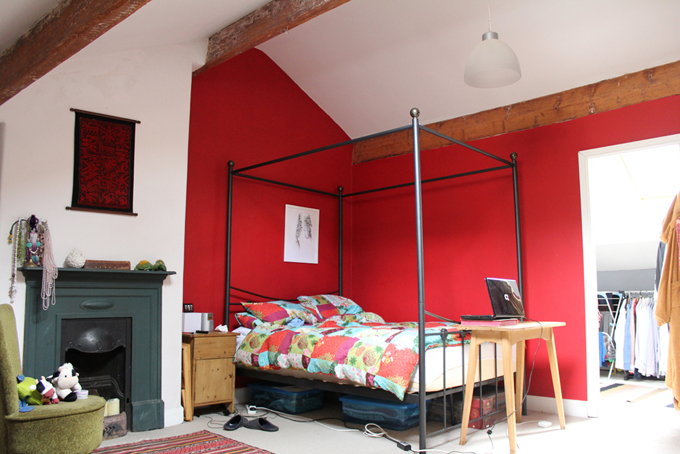 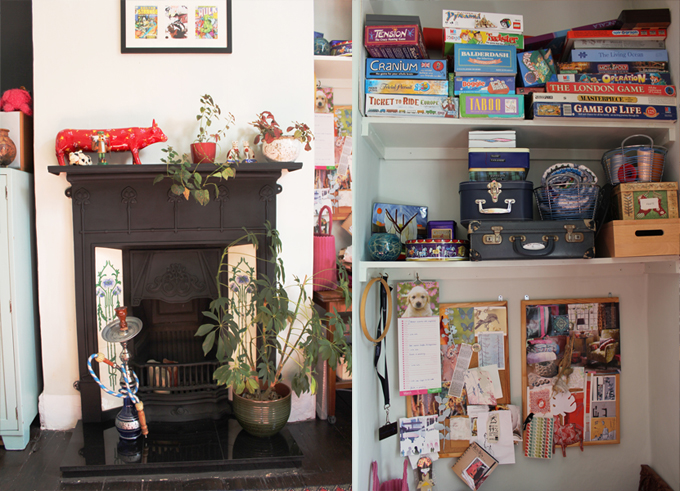 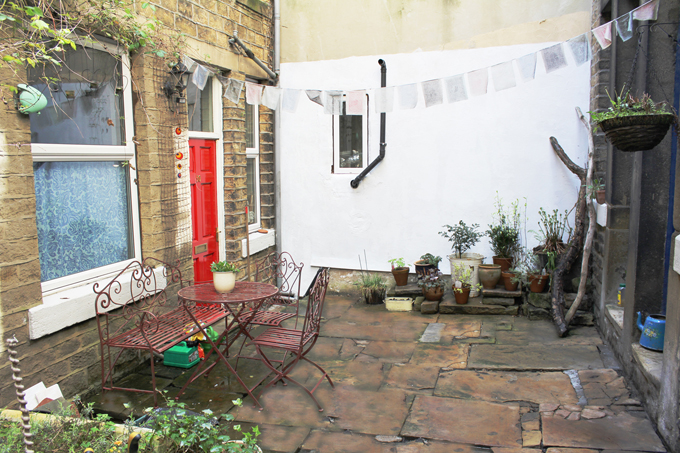 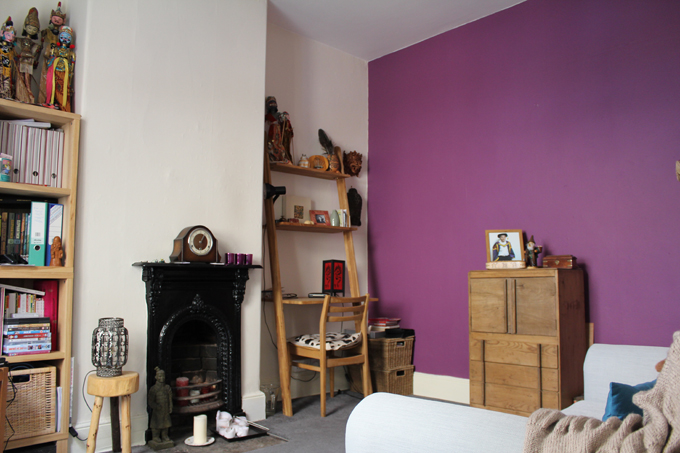 After that a whole lot of life happened in between; we got married, moved to Paris and oh yeah got pregnant. Whilst we were in Paris we thought this is silly let’s put the house on the market again, that is what we did. Within two weeks, (October), we had an offer from a cash buyer and the chap wanted to move in before December. This was perfect as Sebastian was due on Christmas Day. We accepted the offer and waited. And waited, and waited, and waited! Life never runs smoothly am I right? The buyer began to niggle and tried to renegotiate at every twist and turn. My hormonal heavily pregnant state led me to completely lose it and said, “we are done, stop trying to negotiate further we are putting it back on the market”. Later that day we got a call from our solicitor saying he had signed the contract and he wanted to proceed with the original offer. That was good news, in the UK once a party has signed the contract they cannot back out without a hefty financial fine so we were winning again. The trouble was his delaying had taken me to the point where I was too pregnant to fly back and empty the house and I was pretty big and close to the due date so Joe did not want to leave and pack up the house and risk leaving me in France to give birth alone. The buyer had to wait. 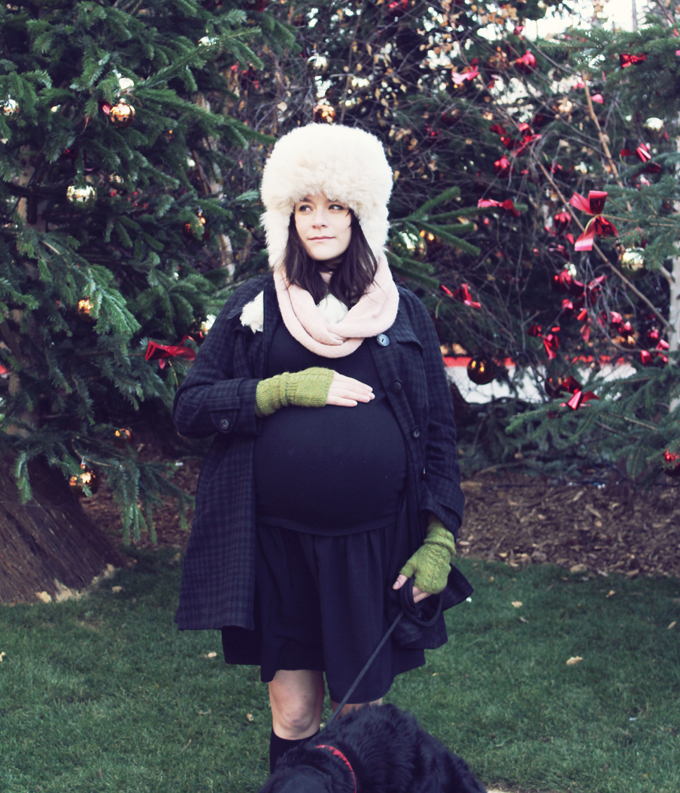 It was the week before Christmas and I waddled though Paris buying food, having pro drominal labour and generally feeling very uncomfortable and super emotional. Sebastian was 2 weeks late and he was a chunker weighing in at 5kg, about 10lb 6oz. Before his arrival I was all business making practical plans for getting the house packed up and into storage so we could exchange contracts. After the birth selling a house was the last thing on my mind, partly due to the difficult birth, I was exhausted, but mostly because all I wanted to do was look at him. We were kept in hospital for a week, which drove me crazy and the day after our release we marched off to take his picture in a photobooth. Please imagine the ludicrous scene of doing that with an infant who cannot hold his head up and still not be in shot. Anyway we were unwilling to pay a photographer 90€ for a passport photo so we managed, and were laughed at and aided by teenage Parisian girls. That was that the passport was applied for.
The fact that I have neglected to share in all this is my obsession with looking for houses on Rightmove, I have the app on my phone and suffer from insomnia so I search almost all the time and save properties I like. Well I had our current home saved for quite some time and when I first saved it it was out of our price range. Then it dropped, then it dropped to within our reach with a stretch, and then…. I was going about the business of being a new mummy the sun was shining in Paris and life was generally good when I had a call that made everything a whole lot better. Joe rang me up and said he had randomly been showing the house to a friend at work and it had been reduced to 15,000 below our original budget. After I was done squeeling I rang the estate agent and said I wanted to offer the asking price. To which they replied, “you need to view it first”. I tried to explain that we were in Paris and couldn’t leave until my son had a passport and we really were very serious, they declined. I was crestfallen the house needed a complete renovation but it would definitely go at this price before we cold get over. An hour later I received another call, this time from the estate agent, the owner of the agency was desperate to get this off their books, the couple were separating and only spoke through a solicitor and it was a headache. He asked me if I knew the area and 10 minutes later the listing went to under offer.  Including the photo at the top of the post the only other images we had seen of the house  before buying it were these below. 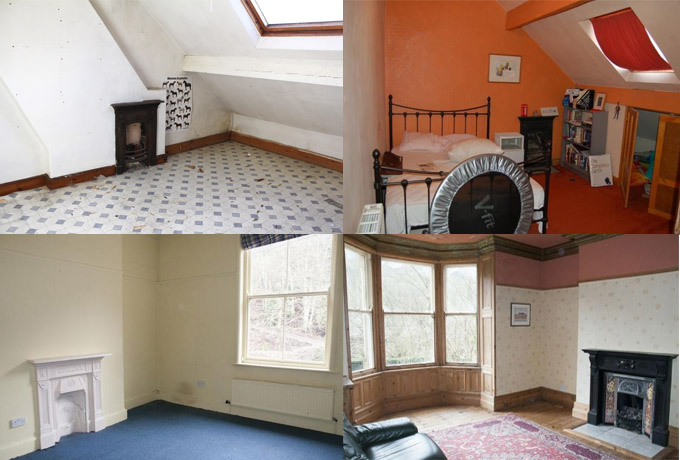 After a few days the reality sunk in we had bought a house without looking at it and there were only 4 photos online we were crazy, was this baby brain? It was the end of January/beginning of February, Joe flew over first and I waited an extra week for the passport then we joined him. We packed the house, closed off bills, filled a storage unit. Thank goodness for my husband wasting his youth on Tetris as we filled the unit up to the door, I wish I had been in the right frame of mind to take a photograph. We then went to see the house we bought online….it still sounds crazy. Well my word it was more than we could have hoped for. There was so much space and space that was not even mentioned on the spec. It was a heap of work, so much work, but we knew that. It had not been lived in for over a year so had a Miss Haversham feel to it. Then we flew home to Paris and this little bear started his career as a frequent flyer. 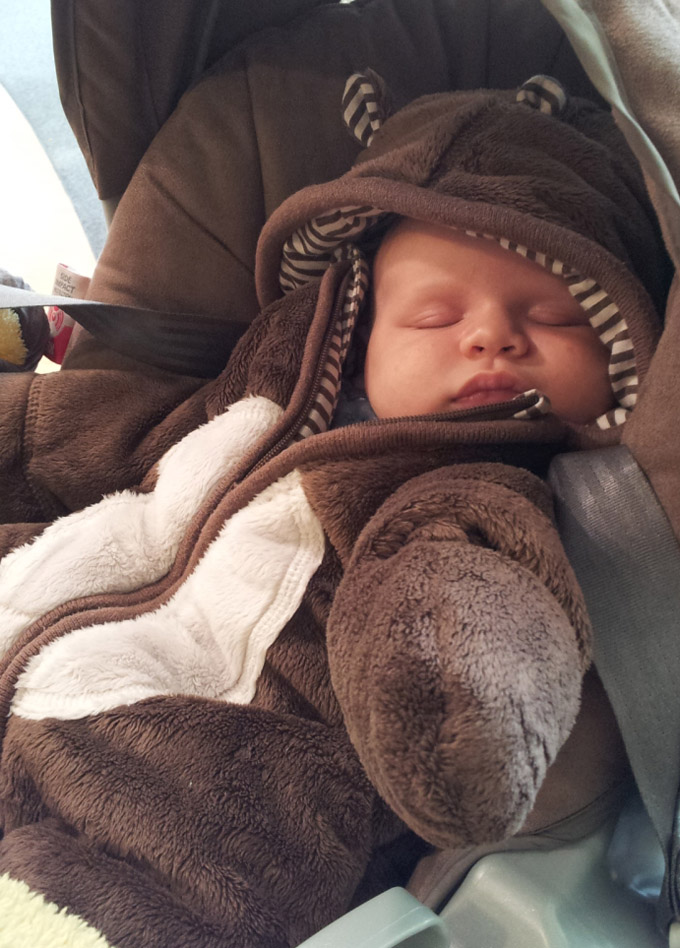 The truth is we took one hell of a leap, and luckily it paid off. The house is in a small village and the cul de sac itself has around 40 houses, who, incidentally all form a water coop, (we have a natural spring). The street is like a village within a village and the neighbours are awesome so we really lucked out.  Whenever I bought a house previously I was so measured, I drove around the area at different times of the day, I researched house prices, road links, made endless viewings. Yet the house I plan to grow old in was bought on a whim, proof that sometimes it pays to go with your gut. I am enjoying breathing new life into it and cannot wait to share with you finished rooms but I have underestimated how inefficient I am with a toddler so please be patient with me.

Tennis Anyone? – What We Wore